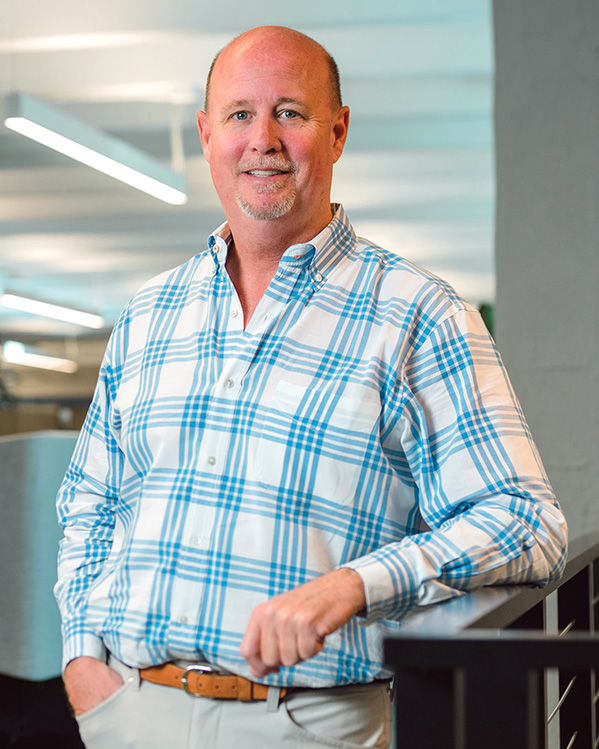 Having begun his career from the ground up over 30 years ago, W. Grey Marker II founded Marker construction Group together with his partner Peggy in 2001. Grey is responsible for all corporate operations of the firm.

Grey began his career working as a laborer for Miller Construction Company in Fort Lauderdale during his summers while in college. After graduating from University of Florida's M.E. Rinker, Sr. School of Building Construction with a Bachelor of Science in building construction in 1995, he continued his career with Miller Construction. He began as an estimator, and then moved up to other roles including project engineer, project manager, senior project manager, and eventually director of business development, until 2000.

Throughout his years in the industry, Grey has formed an impressive network of resources including talented personnel and some of South Florida's best architects and sub-contractors, who provide premium materials and products.

In addition, he has served on boards of the U.S. Green Building Council, the Preservation Foundation of Palm Beach and Preservation Long Island. He is also active in Big Brothers Big Sisters of Broward County and is a supporter of Heart Gallery of Broward County, Museum of Discovery and Science, United Way Alexis de Tocqueville Society, Fort Lauderdale Historical Society, Riverwalk Trust, and University of Florida Foundation.

Grey moved to Fort Lauderdale from Bryn Mawr, Pennsylvania at age 11. He is married to Peggy Hogan Marker, who is president of Marker Construction Group. They have three children, and reside in Fort Lauderdale.